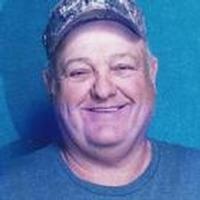 Bub was born August 14, 1947 in Keokuk, IA, one of three sons of Earl Raymond "Mike" and Grace Brown Campbell.

He was preceded in death by his father; his wife, Joyce; mother-in-law, Eleanor Ferguson; sister-in-law, Linda Ferguson; brother-in-law Lloyd Moon, and his sister-in-law Linda's companion of many years and his good friend, Bud Shipley; as well as his infant great-grandchild, Kyler Campbell.

Bub was a 1965 graduate of Kahoka High School. He was a life-long farmer in Clark County, as well as a businessman, well-known for his auctioneering and as owner of Campbell Trucking and Excavating. Although he had been ill for some time, he continued to work hard and enjoyed taking the crops out this past fall. He was a former member of the Clark County Fair Board.

In earlier years Bub enjoyed hunting and fishing. He enjoyed playing fast pitch softball and he and his teams played many games during the season. He was also an avid golfer and enjoyed playing golf with Todd and friends and the road trips to Biloxi and other places. Having come from humble beginnings himself, Bub extended his hand and gave to many people who were experiencing problems out of the goodness of his heart. He was a devoted family man. His family was the light of his life and he was fortunate to have them close by.

Private memorial services will be held. There will be no visitation. Inurnment will be in the Frazee Cemetery where he will be interred next to his precious Joyce.

The family requests no flowers, instead they would appreciate memorials to the Frazee Cemetery where many family members have already been laid to rest.

The family is being cared for by Wilson Funeral Home in Kahoka.

To send a flower arrangement to the family of Harold "Bub" Campbell , please click here to visit our Sympathy Store.

To order memorial trees or send flowers to the family in memory of Harold Campbell, please visit our flower store.