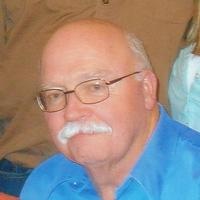 Greg was born October 30, 1950 at Keokuk, IA, a son of James Robert and Mildred Davis McVeigh.

Greg graduated from Central Lee High School and attended the University of Iowa.

On December 20, 1969 he was united in marriage to Barbara Millmier at the Montrose

He was preceded in death by his father and his in-laws, Archie and Catherine Millmier.

Greg started working at the former Benner T Company, Keokuk, then Star Wholesale in Iowa City. He returned to Keokuk where he worked in bookkeeping for IA Gateway Terminal and then Fischer’s Supermarket in Bushnell, IL. Together with Danny and Mary Rosencrans he and Barb co-owned LaGrange Super Valu. It was in 1982 that he and Barb built Mac’s Super Saver in Kahoka. He worked hard building this business and continued the process of remodeling along the way to accommodate the growing needs of his customers. In addition, he and Barb are partners with Don and Sharon Conklin in Save-A-Lots in Trenton, MO and Cedar Rapids, IA.

Greg felt it was important to give back to the community which he freely did and passed on the importance of character and integrity to his children and grandchildren. He also enjoyed giving many of his employees their first job experience. He was a proud supporter of the activities of the Clark Co. R-1 School District. He was the biggest fan at his sons’ high school and college games, missing only one game during those years. Since having grandchildren, he and Barb had racked many miles on their vehicles attending their many sports and other events. As recent as this past Monday, he and Barb traveled to Cedar Rapids to attend a grandchild’s game and drive home after, so as not miss work the next day. Although working with each other every day, Greg and Barb still loved to spend time together whether they were on the road to see family, golfing, or RV’ing. Greg loved to read and he and Barb loved wintering in Punta Gorda, FL. They also looked forward to each Wednesday night when they would have a night out dining with close friends. Clark County’s loss is Heaven’s gain.

The family requests no flowers but rather memorials be made to the Clark Co. Football Association, Industrial Opportunities, or the National MS Society, Upper Midwest Chapter for research.

To order memorial trees or send flowers to the family in memory of Greg McVeigh, please visit our flower store.