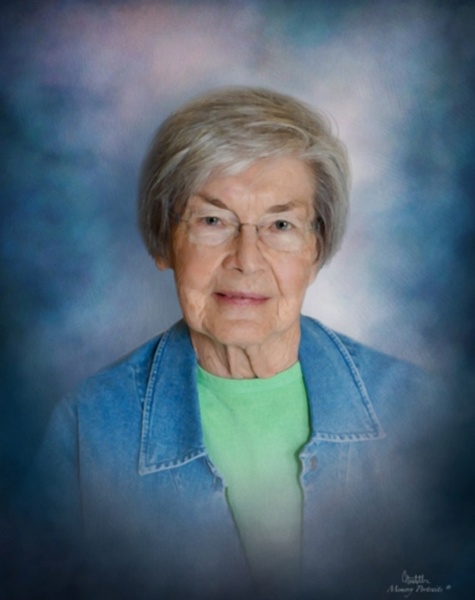 
Glenna is survived by her two sons (and wives), Charles (Cindi) and Stephen (Marilyn); three grandchildren, Nicole and Jesse (Stephen & Marilyn); and Janie (Charles & Cindi); one great granddaughter, Cora (Nicole); nieces, nephews and others.
She was preceded by her husband (Robert E. Lipper), parents (Glenn & Ethel Bourgeois), sister (Elizabeth), brother-in-law (Noel Wayne Brookhart) and others.
Glenna was born in rural Clark County, MO October 17, 1930, moving with her family to Wyaconda in 1941. She graduated from Wyaconda High School in 1948 and attended Kirksville State Teacher’s College.


On September 9, 1949, she eloped with Robert to Carthage, IL., where she and Robert were joined in marriage by a former pastor and family friend, witnessed by Elizabeth and Noel Wayne Brookhart.  During the following thirty-two years Glenna and Robert lived and worked in Des Moines, IA, Tucson, AZ, Lawton, OK and communities adjacent to Fort Rucker, AL. In 1981 Glenna and Robert established their home on the Lipper farm, south of Wyaconda.
Glenna enjoyed the local aviation community activities with Robert and hosted numerous fly-ins to the farm. She was also an avid “walker” and enjoyed activities with her local Red Hat group.


Glenna was active for many years in church ministries, organization and service, notably as choir member, Sunday School teacher for children and adult classes, director of Vacation Bible School (VBS) and Women’s Mission Union (WMU). Highlights include singing in the Billy Graham Crusade Choir and joining women from across the country in the WMU 100-year Celebration in Richmond, VA.  Glenna faithfully served on the board of the Missouri Baptist Children’s Home for thirteen years.


A visitation was held from from 12:00 until 5:00 pm on Wednesday, January 20, 2021 at the Wilson & Triplett Funeral Home. Family was not present. A private funeral was planned due to concerns over the coronavirus; a memorial service will be planned for a future date. In lieu of flowers, the family suggested contributions in Glenna’s name were made to the Missouri Baptist Children's Home in St Louis. Wilson & Triplett Funeral Home in Kahoka was entrusted with the care and arrangements. You are invited to share your memories of Glenna and leave a condolence at www.wilsontriplett.com

To order memorial trees or send flowers to the family in memory of Glenna Lipper, please visit our flower store.