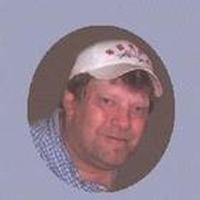 Glenn was born December 7, 1961, at Harrisburg, AR, a son of Griffin Odie and Mildred Sherwood Cook.

On February 8, 1980, he married Diana Allen and they were blessed with three children.

He was preceded in death by his father and grandparents.

Glenn attended school in Arkansas and Tennessee before finishing his education in Canton, MO. In earlier years he worked construction in both the Canton and Hannibal area until his health started failing and he was forced to retire. He had a strong faith and daily read and studied his bible. He enjoyed his group bible study with his friends from Jehovahs Witness. He loved to watch drag racing and it was his dream to some day sit behind the wheel for just one race. He was a caring and compassionate person and loved having company. His greatest enjoyment came from the love of his family, especially his grandkids and his dog, Bambi.

Funeral services were held Wednesday, September 29, 2010 at 10:30 a.m. at Wilson Funeral Home in Kahoka. Burial was in the Forest Grove Cemetery, Canton, MO.

Visitation was held after noon on Tuesday, September 28, 2010, at Wilson Funeral Home, with family receiving friends from 6-8 p.m. Memorials were requested to the family.

To order memorial trees or send flowers to the family in memory of Glenn Cook, please visit our flower store.