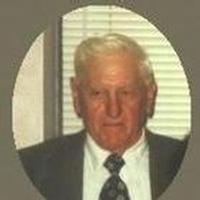 He was born November 16, 1921, to Craten and Gladys Roasa Barr on their farm 5 miles west of Kahoka, where he made his home until his death.

He was preceded in death by his parents; his sister, Rosemary Barr Mohr; and nephews, Scott Groh and David Donald.

Glen graduated from Kahoka High School in 1939. He served in the U.S. Army from November 10, 1944 to November 8, 1946 in the European African Middle Eastern Theater. He was proud of his military service and carried his discharge with him from the day he left the service until his death.

Glen's contentment came from working on his farm. He was most happy when he was working seven days a week. His cattle had been his pride and joy and he had enjoyed the time spent raising them. When he wasnt farming, he loved working with Keith in his shop creating and building trailers and other farm related items, often for friends and neighbors.

Visitation was held after 10 a.m. Sunday at Wilson Funeral Home with family receiving friends from 1 p.m. until time of services.

Memorials in lieu of flowers were suggested to the Granger Cemetery, St. Paul United Church of Christ in Kahoka or to a charity of the donor's choice c/o Wilson Funeral Home.

To order memorial trees or send flowers to the family in memory of Glen Barr, please visit our flower store.