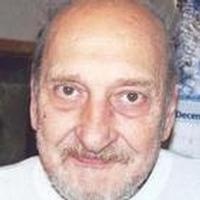 Gerald was born February 9, 1941, in Keokuk, IA, a son of Raymond and Hazel Harrison Mortimer.

He and Penny Scobee were married May 31, 1968 at the Alexandria Presbyterian Church and would have celebrated 46 years of marriage the end of this month.

Gerald was a retired employee of Henniges in Keokuk. He was a kind and gentle man who was beloved by all whom he touched in his life. He enjoying fishing and shooting with his grandson. He was an avid Nascar fan and he was able to experience the Richard Petty Driving Experience at the Daytona International Speedway in 2006. His family was his life and he dearly loved his grandchildren and his three dogs, Tigger, Zoey and Annie.

Funeral services were held Tuesday, May 6, 2014 at 10 a.m. at Wilson Funeral Home in Kahoka with Rev. Tim Smith officiating. Special music was recordings: "A Letter to My Dad", "I’ll See You Again", and "I Will Not Say Goodbye".

Burial was in the Frazee Cemetery.

To send a flower arrangement to the family of Gerald L. "Jerry" Mortimer , please click here to visit our Sympathy Store.

To order memorial trees or send flowers to the family in memory of Gerald Mortimer, please visit our flower store.