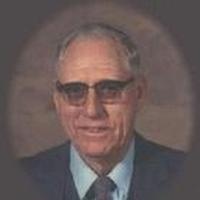 On April 5, 1936, he was united in marriage to Geneva K. Rigg in Kahoka. They had celebrated 66 years of marriage. To this union six children were born: five sons, Eston, Roland, Donald, Edward and Robert; and a daughter, Wilma.

He was preceded in death by his parents; his wife in 2002; three sons, Eston in 1954, Edward in 1997 and Donald in 2005; a daughter-in-law, Darlene Oilar; granddaughters, Laurie Ann Oilar, daughter of Edward, and Danette, infant daughter of Donald; two great grandchildren: Charly Ann Hardy and Matthew Oilar; one brother, Hugh Oilar and his wife, Veva; three sisters, Edith Dochterman and her husband, Edgar, Emma Smith and her husband, Clyde, and Elnora Hopp and her husband, Lester; as well as brother-in-law Lawrence Rigg and his wife, Elizabeth.

With the exception of a few years when George worked for the Iowa Ordinance Plant during World War II, living in Denmark, IA, the rest of his years were spent in Clark County, in 1950 moving to the farm where his grandson, Dan, lives now. George was a carpenter and farmer. He was known for his carpentry, building homes in the area for over 25 years and in later years his farm was his main focus. Later years were spent helping other people by doing odd jobs. He loved the farm and along with grandson, David, kept it well manicured, spotting a weed from a long distance. His greatest pride came from his children to whom he and Geneva were both devoted to and proud of.

George was a member of St. Paul United Church of Christ and of the former Eagles. He had nick names for everyone and a quick wit about him. He loved to play cards and when the Eagles disbanded he bought the building so he and friends could get together daily for an afternoon card game. This past Thanksgiving Day was spent playing cards with family. George peacefully joined Geneva and other loved ones on Tuesday, January 18, 2011.

Memorials in lieu of flowers are suggested to the Clark Co. FFA or St. Paul Cemetery.

To order memorial trees or send flowers to the family in memory of George Oilar, please visit our flower store.