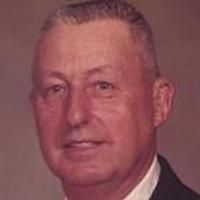 George was born September 17, 1921 in Marysville, MO, a son of Robert John and Ada Catherine Boatman LeMaster. His great grandfather, William Walter Roe Harrison, was one of the earliest settlers in Clark County at Marysville.

He and Mary Elizabeth "May Beth" Statler were united in marriage on July 24, 1944 at the Wayland Methodist Church. She preceded him in death on January 27, 1994.

He was preceded in death by his wife; his parents; infant son, Merle Wayne LeMaster; three brothers, John, Alfred, and Walter LeMaster; and two sisters, Dora Parks and Velva Johnson.

George was a World War II Veteran, serving in the U.S. Army in central Europe. Following his discharge, he was a mechanic at the former Morris Garage until 1961. He worked the next eighteen years at Steel Castings in Keokuk, and then at the toll bridge in St. Francisville until it closed in 2004.

He was a retired deacon in the Baptist faith and a member of the Alexandria Baptist Church. George was a member of Herman Blum Post # 192, American Legion, former Mayor/Police Judge of the City of Wayland, former Wayland City Marshall, and the first Wayland Fire Chief.

George loved to garden, hunt, fish, camp and go 4-wheeling. He was an excellent mechanic and enjoyed using that talent. He loved visiting with friends and always had a smile and something pleasant to share with the people that he met at his window on the St. Francisville bridge. He loved his Lord and Savior and instilled that love in his family. He looked forward to being with his family and also the day when he would meet Jesus face to face and be with his beloved wife and son.

Funeral services will be held Thursday, August 8, 2013 at 10 a.m. at the Alexandria Baptist Church with Rev. Randy Ewart officiating. Burial and Military Rites will follow in the Sand Cemetery at St. Francisville.

Friends may call after 9 a.m. Wednesday at Wilson Funeral Home in Kahoka with family receiving friends from 6 to 8 p.m.

Memorials in lieu of flowers are suggested to the Alexandria Baptist Church, the Mt. Salem/Wyaconda Baptist Disaster Relief Ministry, or the Gideons.

To send a flower arrangement to the family of George W. LeMaster , please click here to visit our Sympathy Store.

To order memorial trees or send flowers to the family in memory of George LeMaster, please visit our flower store.