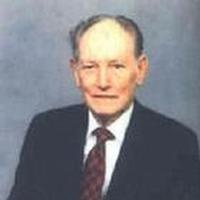 He is survived by his one remaining first cousin, Jacob Robert Colter and his wife,

Loreta, of St. Louis, MO, other cousins, and friends.

He was preceded in death by his parents; his siter, Nova Fern Petersen, and two first cousins, Roberta Maxine Richardson and Ronald Milton Colter.

Russell entered the service of his country on September 26, 1941 and served during World War II, Korean War, and the Vietnam Conflict. He had five tours overseas,in India, Newfoundland, Hawaii, Japan, and Thailand during his 28 years in the service.

He retired from the U. S. Air Force in November 1969 in the Grade of E-9, Chief Master Sergeant. He was an active and faithful member of the Kahoka Christian Church.

Burial followed in the Kahoka Cemetery with Military Honors by Whitman Air Force Base Honors Team.

Memorials are suggested to the Kahoka Christian Church or the Clark Co. Nursing Home Activity Fund.

To order memorial trees or send flowers to the family in memory of George Fossen, please visit our flower store.