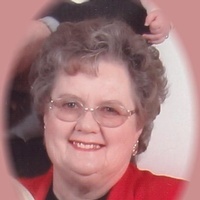 Geneal Peterson Young was born September 23, 1935 at the Graham Hospital in Keokuk, IA. She was the daughter of Joseph I. and Phoebe M. Rill Peterson.

A graduate of Keokuk Senior High School class of 1953, she played French horn in the high school band and also in the Keokuk Municipal Band for 12 years. Geneal was the first student to enroll in the new Keokuk Community College and was in the first graduating class in 1955. While attending college, she worked at the "Golden Rule", a women’s clothing store, Hoerner Boxes in the accounting department, and was secretary to attorney Robert B. Dickey.

Following graduation, she went to work at Union Electric from 1955-1968.

On February 29, 1964, she was united in marriage to Donald E. Young of Alexandria, MO at the First Lutheran Church in Keokuk. To this union was born two children, David in 1968 and Lisa in 1971.

Geneal was an active member of the Keokuk Area Hospital Auxiliary working in the gift shop. She actively participated in the daily operation of their family farms and served as Vice President, Secretary, and Treasurer of D. Young Farms, Inc. and Le-El Farms, Inc. After the 1993 flood forced them from the Alexandria area, Donald and Geneal built a home north of Montrose, Iowa. They enjoyed entertaining family and friends and sharing the beautiful view of the Mississippi River which they so much enjoyed.

She is survived by her husband Donald of Montrose; one son, David Young and his wife, Kathy, of Kennesaw, GA; one daughter, Lisa Blaustone and her husband, Michael of Nashville, TN; four grandchildren: Karli, Megan and Andrew Young and Brandi Spiller; also several cousins and their families.

She was preceded in death by her parents, Joseph and Phoebe Peterson, and her in-laws, Les and Elsie Young.

Memorials in lieu of flowers are suggested to the Wayland United Methodist Church.

To send a flower arrangement to the family of Geneal Young , please click here to visit our Sympathy Store.

Dress comfortably for weather, "potato hug" following at the family home in Montrose.

Dress comfortably for weather, "potato hug" following at the family home in Montrose.

To order memorial trees or send flowers to the family in memory of Geneal Young, please visit our flower store.