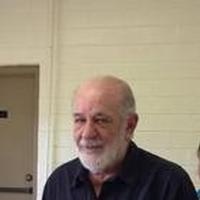 Gene was born November 27, 1939 in Clark County, MO, a son of Robert and Wilma Schneider Egley.

He was preceded in death by his parents; his in-laws, Fred and Opal Hale; brother-in-law, John Irvin; and great-grandson, Gabriel Egley.

Gene graduated from Canton High School. He retired after 44 years employment with Shellor Globe in Keokuk where he was a former Credit Union president.

Gene was a member from his childhood of Bluff Springs Methodist Church and was an elder in later years at Freedom in Christ Fellowship in Kahoka. He was also a long-time member of the N.R.A.

Gene was a talented musician, playing in his own band and later for local events in the tri-state area. In addition to his love for music, Gene also loved time spent farming and raising livestock, and being with his family.

A Memorial will be established. Checks may be made to Rose Mary Egley.

To send a flower arrangement to the family of Gene R. Egley , please click here to visit our Sympathy Store.

To order memorial trees or send flowers to the family in memory of Gene Egley, please visit our flower store.