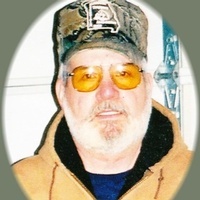 He married Dixie Shaffer and they were the parents of three children: Robert Melissa and Tisha.

He was preceded in death by his parents; three grandchildren: Felicity and Taylor Ball and Jordan Smith; his companion of many years, Sandra White; a half brother, Donald Gray; half sister, Verla Zeh; brothers-in-law, Kenny Hamberg and Jerry Graham; and sister-in-law, Mary Etta Fountain Moss.

Gary attended Harmony High School and served in the U. S. Army in Viet Nam. He was employed at the Iowa Ammunition Plant for forty years. His memberships included the National Trappers Association and a life-time membership with the NRA.

Gary loved spending time outdoors discing and plowing fields although he never planted anything in them. He hunted, trapped and fished and taught his kids to do so as well. He absolutely loved football and was a long-time loyal Chicago Bears fan and a fan of the St. Louis Cardinals. He had a collection of bears that was very special to him.

Funeral services for Gary W. Shaw were held Wednesday, February 21, 2018 at 2 p.m. at Wilson Funeral Home in Kahoka with Pastor James Leezer officiating. Cremation will follow with inurnment to be held at a later date in the National Cemetery in Keokuk.

Visitation was held at Wilson Funeral Home in Kahoka after noon on Tuesday with family receiving friends Tuesday from 6-8 p.m.

Memorials were suggested in lieu of flowers to the family.

To send a flower arrangement to the family of Gary W. Shaw , please click here to visit our Sympathy Store.

To order memorial trees or send flowers to the family in memory of Gary Shaw, please visit our flower store.