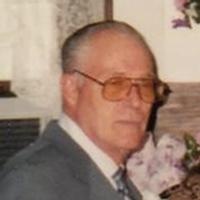 Garry was born July 3, 1944 in Canton, MO, a son of Robert William and Mamie Hess Davis.

He married Connie S. Stevens in September of 1963 in Kahoka.

Garry had been an employee of Logsdon Elevator in Wayland for seventeen years. He then worked for twenty-three years at Hubingers until his health forced him to retire in 2003. He was a member of Bakery, Confectionery, Tobacco Workers, and Grain Millers Local 48G.
Garry was a dedicated and hard worker, only missing four days in his years of employment.

He was of the Baptist faith and attended faithfully as a child, receiving perfect attendance certificates each year. He also made sure his children were in church and within "thumping distance" during services. He and Connie loved traveling to Branson and spending time in their condo there. They loved Christmas and he spent many extra hours working in order to give his family and friends a special Christmas and providing his children with things he never had. In his free time he had been an avid hunter and fisherman. He also enjoyed remodeling his home and had a knack for fixing "anything". Many hours were spent visiting with friends in earlier years at Morgan Oil and recently at the service station and Fatboys in Wayland. Garry loved honoring Connie by maintaining the flower gardens she loved and adding to her wind chime collection because they reminded him of her and provided comfort.

Friends called at Wilson Funeral Home after 9 a.m. Saturday with family receiving friends from 9:30 a.m. until time of services.

To order memorial trees or send flowers to the family in memory of Garry Davis, please visit our flower store.