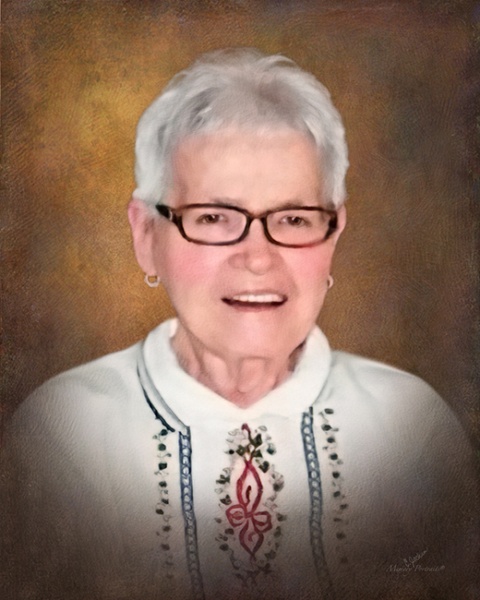 Garnet Tripp, 89, of Kahoka, passed away at 8:15 pm on Tuesday, October 13, 2020 at Blessing Hospital in Quincy, Illinois due to complications from Covid 19.

She was born on September 16, 1931 in Scotland County, Missouri the daughter of the late John and Grace (Billups) Chancellor. Garnet married Denver Leo Tripp on October 9, 1949 in Memphis and he passed away on November 29, 1990.

Mrs. Tripp graduated from Memphis High School in 1949 and later on was a homemaker and farm wife for the majority of her life and was a loving mother to six children. After her husband passed, she moved to Kahoka and went to work for Dadant’s Candle Factory for several years. She enjoyed bowling, working jigsaw puzzles, reading, watching Mizzou basketball and women’s college basketball, gardening, home canning, crocheting, sewing and watching St. Louis Cardinal’s baseball. She worked the concession stand for many years at the Luray ball field. Garnet loved to attend sporting events and activities that her children and grandchildren were involved in. Due to her struggles with Parkinson’s disease she had been a resident of Clark County Nursing Home since April of 2019.

In accordance with Garnet’s wishes, cremation rites were accorded. In consideration of the recent coronavirus pandemic, no services were held. Wilson & Triplett Funeral Home in Kahoka was been entrusted with the care and arrangements. Private interment will be held at a later date at Pauline Cemetery in Rutledge. Memorial contributions in memory of Garnet are suggested to the Pauline Cemetery in Rutledge, The Sever-Clark Public Library or to The Clark County High School Marching Band and will be accepted at the funeral home. You are invited to share your memories of Garnet and leave a condolence at www.wilsontriplett.com

To order memorial trees or send flowers to the family in memory of Garnet Tripp, please visit our flower store.