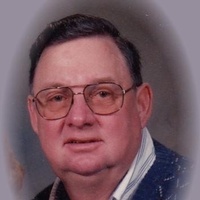 Fred was born February 1, 1935 in the family home to Nelson and Etsil (Cunningham) Bertram.

He was preceded in death by his parents; his in-laws, Hollis and Nellie Hyde; and an infant grandson.

Fred was a 1953 graduate of Wyaconda High School and attended the University of Missouri. He was very active in the community. He was a member of the First Baptist Church of Wyaconda, Scotland County Soil and Water District, Wyaconda Rural Fire Board, and served as a school board member 16 years for the Wyaconda C-1 School District. Fred never met a stranger and enjoyed weekly card games with his Wyaconda buddies. In addition to his love for his family, was his love for his farm. Fred remained on the farm, sleeping in the bedroom he was born in, until his recent illness.

He took over his parents farming operation beginning in 1963 and continued to work the farm until his health no longer allowed. He instilled in his children and grandchildren a love of country living and the value of a hard day’s work. He will be greatly missed by his friends and family.

To send a flower arrangement to the family of Frederick N. Bertram , please click here to visit our Sympathy Store.

Friends may call at Wilson Funeral Home after 9 a.m. Friday with family receiving friends from 5-7 p.m.

Friends may call at Wilson Funeral Home after 9 a.m. Friday with family receiving friends from 5-7 p.m.

To order memorial trees or send flowers to the family in memory of Frederick Bertram, please visit our flower store.