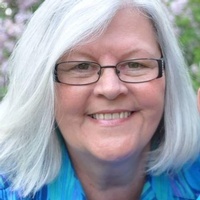 Fran was born June 13, 1949 in Keokuk, IA the daughter of Truman and Thelma Durham Schmitt.

Fran and Roger were featured in the Valentine’s Day edition of the local newspaper in February 2018.

In the article, Fran mentioned that her biggest regret was time they might have wasted disagreeing on something that doesn’t matter. In the same article Roger said that Fran changed his life and he was committed to her and that commitment was important in a marriage. They were looking forward to celebrating their 52nd year of marriage together.

Fran worked at the Clark Co. Nursing Home prior to her retirement for 32 years.

She took pride in her home and enjoyed gardening and spending time in her back yard. She enjoyed keeping up with family and friends on Facebook and being able to reconnect with

people from earlier years that she had lost contact with. She loved to read and traveling with Roger and with her children and their families. In the past couple of years she and Roger had

started "target shooting" and she loved to go to the local gun range.

More than anything, she loved being with her grandkids. She put them first in her life when they needed her to step up and care for them.

At her request, she has been entrusted to the care of Wilson Funeral Home in Kahoka for cremation.

A Memorial Service was held Thursday, May 31, 2018 at 6 p.m. at Wilson Funeral Home in Kahoka with Pastor Shawn McAfee officiating.

Memorials in lieu of flowers were suggested to the Clark Co. Local Cancer Fund or the James E. Cary Cancer Center at Hannibal.

To send a flower arrangement to the family of Frances E. "Fran" Daniels , please click here to visit our Sympathy Store.

To order memorial trees or send flowers to the family in memory of Frances Daniels, please visit our flower store.