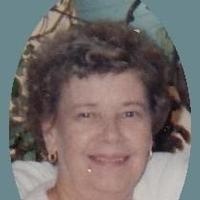 She and Harry Lewis Bogener were married on October 27, 1949 in Kahoka by the Methodist pastor. Harry preceded her in death on August 9, 1983.

Irene attended Kahoka High School and was a retired officer and employee of the Exchange Bank of Kahoka.

Irene enjoyed fishing, boating, spending time at Gregory Landing, and riding motorcycles with Harry. She was a member of the Tuesday Club and of the Clark Co. Local Cancer Fund.

Funeral services were held Thursday, January 19, 2017, at 11 a.m. at Wilson Funeral Home in Kahoka with Pastor Ray Gilbert officiating. Recorded musical selections were: "Home", "I Believe" and "How Do I Live Without You". Pallbearers were: Carl Whitaker, Gary Whitaker, Roy Gilbert, Mike Doty, Sam Bogener and Aaron Small. Entombment followed in the mausoleum at the Kahoka Cemetery.

Friends called at Wilson Funeral Home after 9 a.m. Thursday with family receiving friends from 10 a.m. until services at 11.

Memorials may be made to the Freedom in Christ Fellowship Church in Kahoka.

Friends may call at Wilson Funeral Home after 9 a.m. Thursday with family receiving friends from 10 a.m. until time of services.

Friends may call at Wilson Funeral Home after 9 a.m. Thursday with family receiving friends from 10 a.m. until time of services.

To order memorial trees or send flowers to the family in memory of Fern Bogener, please visit our flower store.