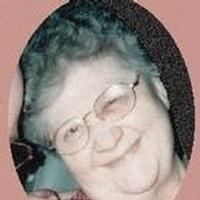 On June 27, 1954 she was united in marriage to Stanley Leon Schreiber at the Kahoka Christian Church.

She was preceded in death by her parents; two brothers, Ralph and Roland Gates; and a sister, Margie Carroll.

Evelyn graduated from Kahoka High School. Like a lot of young people from her generation, she boarded in town in order to attend school and worked various jobs around Kahoka to pay for her housing. Prior to marriage she had worked at Swift and Co. and Sheller Globe in Keokuk and later at Sylvania Electric in Burlington, until her marriage when she and Stanley moved to Columbia in order for him to complete his college education.

She and Stanley joined the Kahoka Christian Church after retiring and moving to Kahoka. She was a farm wife and homemaker the majority of her life and was devoted to her husband and family. She showed her faith by the way she lived her life and the example she set for others.

At her request, cremation rights have been accorded. A Memorial Service was held Saturday, August 18, 2012 at 10:30 a.m. at the Kahoka Christian Church with Rev. Jim Campbell officiating. Inurnment will be at a later date in the Revere Cemetery.

Memorials were suggested to the donor's choice.

To order memorial trees or send flowers to the family in memory of Evelyn Schreiber, please visit our flower store.