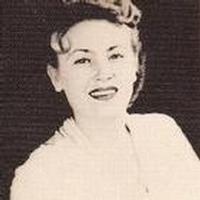 Evelyn was born May 23, 1929 in Cumberland, KY, a daughter of Douglas and Beulah Tweed Creech.

She graduated from Wyaconda High School where she was their Drum Majorette and also a member of the girls basketball team. Following graduation she went to work at Shaeffer Pen in Fort Madison to help provide for her siblings and worked there a brief time following her marriage. She was a member of the Wyaconda Baptist Church.

On December 4, 1948 she was united in marriage to Otis Gene Priebe at the home of Romaine and Dena Priebe at Wyaconda. They were blessed with 63 years of marriage.

She was preceded in death by her parents and three sisters: Edith Craig, Eva and Herman Kurtz and Ina and Jim West.

Evelyn and Gene spent most of their lives farming, a short time in Lee County, IA and the majority in Clark County near Wyaconda with the exception of a brief time early in their marriage when Gene was employed by the pipeline and railroad. Evelyn loved the outdoors. She loved riding horses in earlier years, particularly her horse, Dolly. She and Gene loved to run their coyote dogs, fish, and raise vegetable and flower gardens. She would spend hours on the 4-wheeler and it would take her fishing or just out enjoying the land. Later she graduated to a golf cart. She was well-known for her delicious pies and for her fried chicken, most of which she had raised. Her home and family were very dear to her and she was a steward of land she and Gene loved.

Private funeral services were held Saturday, March 3, 2012 at 10 a.m. at Wilson Funeral Home in Kahoka with Rev. Stacey Nicholas officiating. Burial was in the Wyaconda Cemetery. Memorials are suggested to her grandchildren or to the Cancer Care Organization.

To order memorial trees or send flowers to the family in memory of Evelyn Priebe, please visit our flower store.