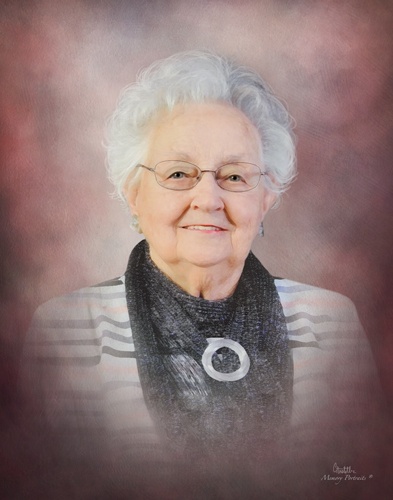 Eunice E. Buford, 90, of Kahoka, passed away peacefully at 5:17p.m. on Monday, December 28, 2020 at Hannibal Regional Hospital in Hannibal with her son Kevin by her side.

She was born on October 10, 1930 at the family home in Kahoka, the daughter of the late Cecil H. and Alma (Gram) Denham. Eunice was united in marriage to Harlan Buford on October 17, 1948 at her parent’s home in Kahoka with Rev. Carl Kroenlein presiding. Harlan preceded her in death on September 22, 2008.

Eunice was forever a homemaker and farm wife. While Eunice and Harlan resided in Ft. Madison, Iowa for a short time, she was employed at Sheaffer Pen Company. After moving back to the Kahoka area, Eunice was employed at Moore’s Business Forms and D and H Sales & Service. She was a member of St. Paul United Church of Christ and was confirmed there on April 14, 1946. Eunice taught Sunday School for a number of years and always enjoyed young children. She enjoyed keeping her yard, raising flowers and having a garden. Eunice loved her daily chores of going to the farm each day with her husband and helping with the duties on the farm. She loved cooking and baking; her cinnamon rolls were her grandchildren’s favorite and could be found at every holiday dinner. Eunice enjoyed watching St. Louis Cardinals baseball. Above all, Eunice loved her family very much and loved spending time with her grandchildren and great grandchildren. She was very proud of them all.

Funeral services honoring the life of Eunice were conducted at 10:00 a.m. on Thursday, December 31, 2020 at St. Paul United Church of Christ in Kahoka. Rev. Daniel Moore officiated. Interment followed at Kahoka Cemetery. A visitation was held from 12:00 p.m. until 6:00 p.m. on Wednesday, December 30, 2020 at the Wilson & Triplett Funeral Home in Kahoka. Family was not be present during visitation. Due to health concerns related to coronavirus it is strongly suggested that social distancing is implemented as well as the use of a face mask for those attending services. Memorial contributions in memory of Eunice are suggested to St. Paul United Church of Christ. You are invited to share your memories of Eunice and leave a condolence at www.wilsontriplett.com

To order memorial trees or send flowers to the family in memory of Eunice E. Buford, please visit our flower store.