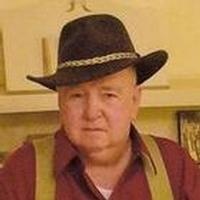 He was preceded in death by his parents; his wife, Emma; and a brother, Edwin "Red" Lyon.

Elvin had been employed by Fan Steel in Chicago. He retired from Metzler in Keokuk in 2004 following 29 years of employment.

Elvin was baptized at the Luray Baptist Church. He and Kay were members of the Eagle Fleet RV Travel Club and love their friends they made and fellowship they had visiting, playing cards, and other activities shared.

He enjoyed hunting, fishing, camping, raising pugs and traveling. He also like to restore old farm equipment. Special to him was time spent with his family.

Funeral services were held Sunday, April 21, 2013 at 1:30 at Wilson Funeral Home in Kahoka with Pastor Shawn McAfee officiating. Cremation followed with inurnment at a later date in the Combs Cemetery in Luray.

To send a flower arrangement to the family of Elvin D. Lyon , please click here to visit our Sympathy Store.

To order memorial trees or send flowers to the family in memory of Elvin Lyon, please visit our flower store.