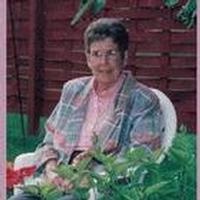 Elaine was preceded in death by her parents; her husbands; twin sister, Elizabeth Roth; a daughter, Barbara Isely Sanders; and a step-son, David Buschling;

Elaine graduated from Kahoka High School in 1936. She was a mother and homemaker all of her life, and retired from Clark Co. R-1 School District, where she was secretary to the High School principal.

Elaine was a faithful member of St. Paul United Church of Christ in Kahoka and a former choir member. She absolutely loved music and was inspired by all of Ida's selections. She loved nature and particularly loved to watch the clouds and sunsets. She golfed as long as she could and enjoyed watching sports, especially when her grandchildren were participants. She kept busy and had been a volunteer at the Clark Co. Senior Center until recently. Her faith, her children, grandchildren and great grandchildren were the most important things in her life.

Memorial services for Elaine and her twin sister, Elizabeth, were held jointly on Saturday, August 18, 2012 at 11 a.m. at St. Paul United Church of Christ in Kahoka with Pastor Marie Paterik officiating.

Inurnment was in the St. Paul Cemetery.

Memorials for Elaine and Elizabeth were suggested to the St. Paul United Church of Christ or to the Clark Co. Senior Center.

Arrangements were being handled by Wilson Funeral Home.

To order memorial trees or send flowers to the family in memory of Elaine Buschling, please visit our flower store.