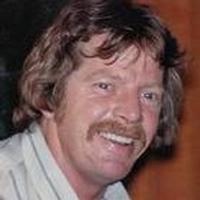 Edward D. Rockhold, age 63, of Wayland, MO, died Friday, November 8, 2013 in the University of Iowa Hospital and Clinics in Iowa City, following complications from a stroke.

Ed was born February 19, 1950 in Keokuk, IA, a son of Richard and Mary Belle Toops Rockhold.

He married Carolyn Shea and they were the parents of a son, Jason. He later had a daughter, Emily, with former companion, Sherrie Haage. He was married to Lorie Parsons on October 17, 1998, who survives.

In addition to his wife, Lorie, he is survived by one son, Jason (Penny) Rockhold of Hamilton, IL; one daughter: Emily Rockhold (Dustin Williams) of Kahoka,two step-daughters, Amie Howard of Kahoka and Alexis Holmes of Wayland; his in-laws, Francis and Janet Parsons of Wayland; six grandchildren:
Ty, Greg, and Brianna Rockhold, Alyssa and Olivia Williams, and Dominic Salyers; one brother,
Dave (Jan) Rockhold of MI; one sister, Rosie (Mrs. Joe) Sanford of Sumter, SC; Lorie's siblings: Terry (Ann) Parsons of New London, IA and Matthew (Clarissa) Rankin of Kahoka; aunts and uncles: Rose (Mrs. Ralph) Buschling and Rebecca Buschling, all of Wayland, and Betty Jo Ash and Ida Ruth (Mrs. Ed) Nelson, all of Keokuk; as well as nieces, nephews, cousins and other relatives.

Ed graduated from Clark County R-1 High School in 1969 and was soon drafted into the Army. He was an employee of Goldie's Sawmill until he suffered a heart attack eight years ago.

He was content to spend time at home, helping neighbors and helping around the house.
He loved to play dominoes with family and friends and playing golf on the computer. He loved being a father and grandpa. One of his fondest memories was sledding down the hill and walking back up to a big bonfire and hot chocolate growing up west of Wayland.

Memorials in lieu of flowers were suggested to the family.

To send a flower arrangement to the family of Edward D. Rockhold , please click here to visit our Sympathy Store.

To order memorial trees or send flowers to the family in memory of Edward Rockhold, please visit our flower store.