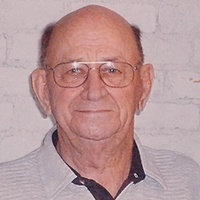 He was preceded in death by his parents; his wife; three brothers: Gale, Emmett and Donald Zinnert; and two sisters, Ermine Moore and Madge Gould.

Keith was employed as a lineman serviceman first for R.E.A. for several years before beginning his long-time career with Missouri Power and Light, retiring from Ameren as it was later called.

Keith was a much-loved Clark County resident. He spent all of his life in Clark Co. except for his time serving the country in the U. S. Navy and the past three years when it became necessary to move to Eldon, MO to be closer to his family.

Keith never met a stranger. He served his community selflessly, devoting his time to his church, St. Paul United Church of Christ where he served on the consistory several times, delivered their food pantry donations weekly, ran the sound board, and was a "go-to-guy" for whatever was needed there. He was a former member and chairman of the board of the Clark County Health Dept., a former member of the NEMO Regional Planning Committee, and the Clark Co. School Board. He was very active in the former Kiwanis and had served as Lt. Governor of Kiwanis for the State of Missouri. He was a 50- year member of St. Francisville Lodge # 588, A.F. & A.M. and together with fellow Masons helped load and unload the Bloodmobile as long as his health permitted. He was also a faithful blood donor. For several years he helped deliver Meals on Wheels.

In Keith’s spare time he loved to fish, hunt, and golf. He also loved to drive around the area and stop in and visit with his many, many friends.

Memorials in lieu of flowers are suggested to the St. Paul United Church of Christ or the Alzheimer’s Association.

To send a flower arrangement to the family of E. Keith Zinnert , please click here to visit our Sympathy Store.

To order memorial trees or send flowers to the family in memory of E. Zinnert, please visit our flower store.