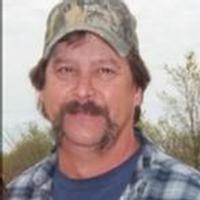 On June 4, 1983 he was united in marriage to his high school sweetheart Ellen D. Edlen at the Peaksville Christian Church.

He was preceded in death by his father, Richard M. Wilson; grandparents, Melvin and Hazel Wilson, and uncle, Wilber Ricketts.

Duane graduated from Revere High School in 1981. Being a fourth generation farmer, his love for farming developed at a young age as he took over the family farm. For the past 24 years he was a machinist at Headco Machine in Keokuk, Iowa.

Farming was in Duane's blood. He and Ellen shared the same passion and respected the time and work involved in caring for it. He enjoyed going to tractor pulls and farm auctions and the conversation with fellow farmers. He loved to hunt and fish and watch the St. Louis Cardinals. His true happiness and joy came from being together with his wife, daughters, son-in-law and grandson. He had a special love for his grandson, Jayden. Grandpa and Jayden were joined at the hip and wherever Grandpa was and whatever he was doing, Jayden was right there beside him. He looked forward to his granddaughter due this coming November.

Friends may call at Wilson Funeral Home in Kahoka after 9 a.m. Wednesday with family receiving friends from 5-8 p.m.

Memorials in lieu of flowers are suggested to the Anson Cemetery.

Friends may call at Wilson Funeral Home after 9 a.m. Wednesday with family receiving friends from 5-8 p.m.

Friends may call at Wilson Funeral Home after 9 a.m. Wednesday with family receiving friends from 5-8 p.m.

To order memorial trees or send flowers to the family in memory of Duane Wilson, please visit our flower store.