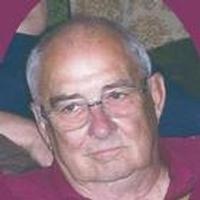 Duane was born October 20, 1938 at Revere, MO, a son of Lawrence and Hazel Courtney Brewer.

He married Berty Toops on August 6, 1956 and they were the parents of three sons, Billy, Eldon and Anthony. She preceded him in death on September 11, 1986. In November of 1988 he was united in marriage to Barbara Patchin Butler in Kahoka.

He was preceded in death by his parents; his wife, Berty Brewer; a brother, Romaine Brewer; a sister, Betty Nichols; and a step-daughter, Robin Huston.

Duane was a 1956 graduate of Revere High School. He was a member of the former Revere Community Church.

He was a 30 year employee of Ball-Volvo in Kahoka.

Duane enjoyed hunting and fishing and tinkering with things. Almost as much as hunting, he enjoyed driving around looking for deer and taking pictures of them. He enjoyed people and loved going around town in his golf cart checking on what the news was, seeing what was going on, often spending many hours watching the progress of new construction. He enjoyed telling stories, teasing, joking and being ornery with his family, friends and co-workers.
He was a devoted husband, father and grandfather. He rarely missed any of his children's and grandchildren's sports and other activities. They were who he lived for. He was blessed in his life with two sets of family, all of whom were the same in his eyes. A special thanks goes to the staff of Blessing Hospital who treated the entire family with love and caring.

Memorials are suggested to the Revere Cemetery or the Clark Co. Senior Center.

To send a flower arrangement to the family of Duane E. Brewer , please click here to visit our Sympathy Store.

To order memorial trees or send flowers to the family in memory of Duane Brewer, please visit our flower store.