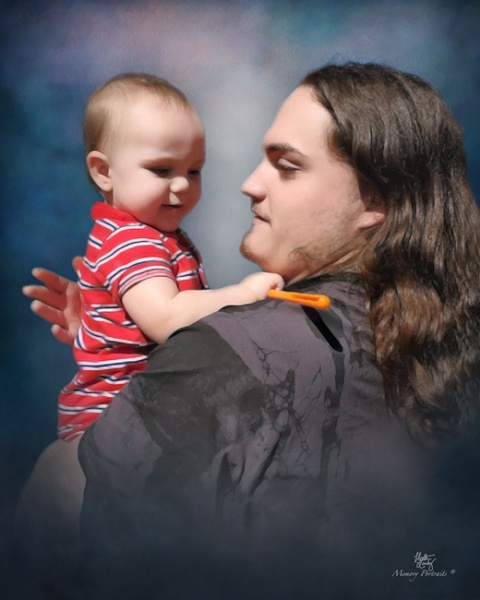 Drew Allen "Bubba" Bertram, age 19 of Hannibal Missouri passed away unexpectedly on December 16, 2021.  He was born December 17, 2001 in Raton New Mexico.  The son of Timothy Bertram of Kahoka Missouri and Brooke Null of Luray Missouri.

Drew was a member of the First Baptist Church of Kahoka where he was Baptized at an early age.  He attended Clark County high school and was an active member of the Clark County band and choir.  His real passion was writing music and playing his guitar.  He had a tremendous talent and enjoyed teaching and sharing his love for music with others.

Drew was a kind caring friend.  When he saw someone in need, he would care for them before himself.  He continued his acts of kindness up until his passing.  He was also an animal lover and would help any that he came across.  At the age of two he found a companion in his cat Patches while passing a pet store window.  She has remained and grew by his side for seventeen years.

Drew was one of a kind with a unique sense of humor and was known for his long curly hair.  Most of all Drew was a son, a brother, and a father.  His son Greyson "Bubbers" was his pride and joy and brought pure happiness to his life.  He was a loving son and dedicated brother who loved his sisters dearly and would do anything for them.

Memorial services honoring Drew's life will take place at a later determined date and time. Arrangements are under the care and direction of Wilson & Triplett Funeral Home in Kahoka. Memorial contributions in memory of Drew are suggested to the family. You are invited to share your memories of Drew and leave a condolence at www.wilsontriplett.com

To order memorial trees or send flowers to the family in memory of Drew Bertram, please visit our flower store.