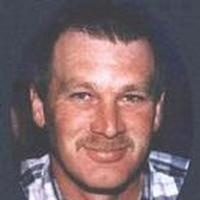 Doug was born October 8, 1962 in Keokuk Area Hospital, the son of Kenneth E. and Darlene A. Allen St. Clair.

He married his high school sweetheart, Sherri Lynn Buckallew on April 11, 1987, at the Kahoka United Methodist Church. They were blessed with three children, Ryan, Alexis and Paige.

He was preceded in death by his parents; his grandparents; and infant sister-in-law, Susan Buckallew.

Doug graduated from Clark Co. R-1 High School in 1981 and received an associates degree from Indian Hills Community College, where he played on their basketball team for both years. He was working on finishing his bachelor's degree in business. This coming November he would have completed 25 years of employment with Griffin Wheel where he was currently Operations Manager of the Keokuk plant.

Doug truly enjoyed life. He loved raising livestock, fishing, hunting, basketball, mushroom hunting and barbecuing. He followed all sports on TV and was a huge MIZZOU and St. Louis Cardinal fan. He and his family were faithful members of the Kahoka United Methodist Church. He worked hard to build a good life for Sherri and his kids who were his greatest passion.

Funeral services will be held Saturday, February 5, 2011 at 10 a.m. at the Kahoka Middle School auditorium with Pastor Barb Hagerla officiating. Eulogies will be given by Ryan and Alexis. Burial will follow in the Kahoka Cemetery.

Friends may call after 9 a.m. Friday at Wilson Funeral Home in Kahoka with family receiving friends from 4:30 p.m. until 8 p.m.

Memorials are suggested to his childrens education fund.

To order memorial trees or send flowers to the family in memory of Douglas Clair, please visit our flower store.