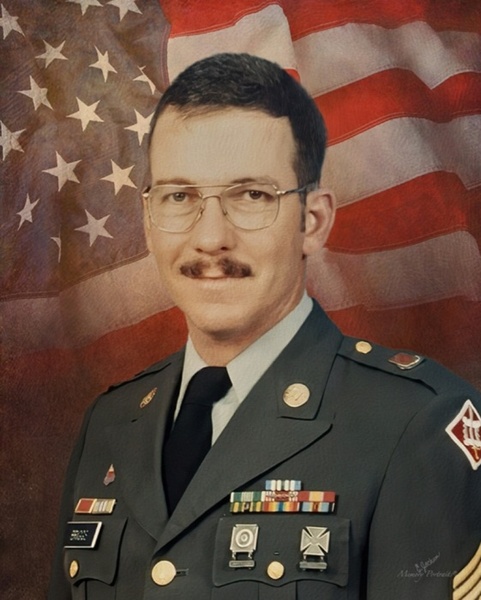 He was born January 14, 1954 at Keokuk, IA, the son of Vincent and June Phillips Briggs.

He graduated from Clark County R-1 High School in Kahoka with the Class of 1971.

He was preceded in death by his parents; his step-mother, Nancy Briggs; and brother-in-law, John Nolte.

Doug was retired from the U. S. Army, proudly serving for over 21 years with a specialty in Topographic Engineering.

Following his discharge he owned a logging business business in Virginia until returning to Clark County in 2011. He helped his father some on the farm and he shared in his father’s love of all things Farmall.

He enjoyed movies and books and articles about military history.

Funeral services will be held Monday, June 27, 2022 at 2 p.m. at Wilson & Triplett Funeral Home in Kahoka with Pastor Shelby Whitney officiating. Special music will be “Back Home Again”, “American Soldier” and “You Raise Me Up”. Pallbearers are Jim Anderson, William Woods, Gary Morehouse, Dale Clark, David Clark and Mike Clark.

Visitation will be held at Wilson & Triplett Funeral Home after noon on Sunday with family receiving friends from 4-6 p.m.

To order memorial trees or send flowers to the family in memory of Douglas Briggs, please visit our flower store.