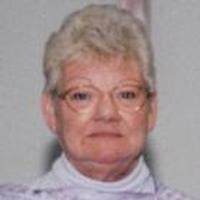 Dianne was born June 4, 1952 in Wyaconda, MO, a daughter of Carl Eugene and Dorothy Morrow Webster.

She was married to Mark A. Seyb on December 24, 1969 at the Wyaconda Baptist Parsonage.

Survivors include her husband, Mark, of Arbela; her mother, Dorothy Webster of Kahoka; two sons, Jason Seyb and his wife, Kandi, of Wyaconda, and Marty Seyb and his wife, Hanna, of LaCenter, KY; one daughter, Becky D. Hyde and her husband, David, of Luray; four grandchildren: Jonathen Seyb of Memphis, Kendrya Seyb of Wyaconda and Tobias Hyde and Marcus Hyde, both of Luray; three brothers, Gary and Nancy Webster of Wyaconda, Mike and Cathy Webster of Kahoka, and Steve and Rachel Webster of Wyaconda; two sisters, Penny Paul of Wyaconda and Teresa and Kevin Skinner of Memphis; as well as nieces and nephews and other relatives.

She was received into Heaven by her father; her daughter, Allison, who died in 1991; and brother-in-law, Gene Paul.

Dianne was a graduate of Wyaconda High School and a member of New Woodville Church. She had worked various jobs through the years but her main occupation was as homemaker, cook, and farm wife. She loved caring for her children and working beside her husband. She enjoyed going to yard sales, refurnishing furniture and making bird houses. She also enjoyed growing flower.s Fishing with her grandchildren and spending time with them was her greatest treasure.

She was cremated according to her wishes. Family will receive friends Sunday, February 8, 2015 from 6-8 p.m. at Wilson Funeral Home in Kahoka. Private services and inurnment will be at a later date in the New Woodville Cemetery.

Memorials may be made to the donor's choice.

To send a flower arrangement to the family of Dorothy "Dianne" Seyb , please click here to visit our Sympathy Store.

To order memorial trees or send flowers to the family in memory of Dorothy Seyb, please visit our flower store.