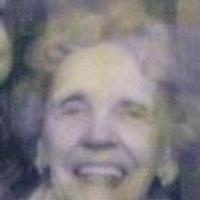 Following graduation from Wyaconda High School, Dorothy worked at the Sheaffer Pen Co. in Fort Madison and that is where she met her first husband. After their marriage they moved to California where she owned her own restaurant in Visaila, CA, served as a manager in Long Poc, CA, and spent all of her life as a waitress serving and tending to the needs of aothers. At one point she returned to Missouri to care for her mother and during that time worked at the former Gypsy Dell in Keokuk.

Later in life she married Raymond Schroeder and they were together 26 years until his death on April 27th, 2011.

She was preceded in death by her parents; her husband; two brothers, Eston "Jack" and Wayne Overhulser and three sisters, Helen O'Blenness, Fayla Thomas and Evelyn Hibbard.

Dottie was a southern Baptist. She liked to sew and loved being with family. She spent the last year of her life in Kahoka to be near her sister, Madonna, where she was a resident of the Clark Co. Nursing Home.

Cremation rites have been accorded.

To send a flower arrangement to the family of Dorothy P. Schroeder , please click here to visit our Sympathy Store.

To order memorial trees or send flowers to the family in memory of Dorothy Schroeder, please visit our flower store.