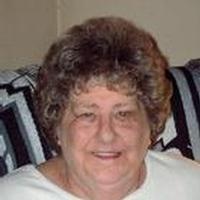 On October 11, 2013 Dorothy Evelyn Mitchell Jobst formerly of Kahoka, Mo went to be with her Lord and maker leaving her home in Garner N.C. Dorothy was born October 16, 1939 to George Amon Mitchell and Mary Ellen James Mitchell. On August 9, 1980 she married Kevin Barry Jobst.

Dorothy also will be missed by nieces, nephews, great nieces, great nephews and many family and friends.

Dorothy was preceded in death by her parents George and Mary, half sister Penny, niece Sheila, nephew Donald and three of her great grandchildren Donavan, Dominick and Elise.

To send a flower arrangement to the family of Dorothy Evelyn Mitchell Jobst , please click here to visit our Sympathy Store.

To order memorial trees or send flowers to the family in memory of Dorothy Jobst, please visit our flower store.