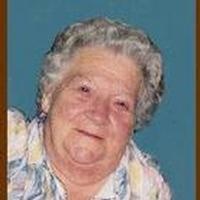 Doris L. Eddleman, age 87, of Kahoka, MO, died peacefully on Wednesday, February 15, 2012, at the Clark Co. Nursing Home, where she had resided the past two years.

Doris was born November 13, 1924 south of Wayland, MO, a daughter of Simon and Ethel Krueger Jesberg.

She was married to John R. Eddleman on April 22, 1951 at Wayland and would have been married 61 years this coming April.

She was preceded in death by her parents; two sisters, Elizabeth Heinze and Betty Boltz ; and son-in-law, Marty Stewart.

Doris graduated from Canton High School and received her teaching certificate from Kirksville State Teachers College. She then received a business degree from Gem City Business College. For fourteen years she taught in various schools in rural Clark County, including Gem, St. Patrick, Ballard, and Lone Star. She substitute taught several years following. She retired from Logsdon Elevator at Gregory Landing where she had been bookkeeper and office manager for seven years.

Doris was a member of the First Baptist Church at Wayland, MO. She and John had raised dogs and she liked taking care of them. She also enjoyed raising vegetables and flowers.

Funeral services were held Saturday, February 18, 2012 at 1 p.m. at the First Baptist Church in Wayland, MO with Rev. Dan Deatrick officiating. Burial was in the Frazee Cemetery.

Visitation was held at Wilson Funeral Home in Kahoka after noon on Friday with family receiving friends from 6-8 p.m.

Memorials were suggested to the Shriners Children Hospital.

To order memorial trees or send flowers to the family in memory of Doris Eddleman, please visit our flower store.