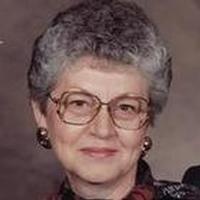 Donna Rae Brewer, age 82, of Kahoka, MO, passed away peacefully Saturday, January 18, 2014 at the Clark Co. Nursing Home in Kahoka surrounded by her family. She had been a resident there the past four years after being diagnosed twelve years ago with Alzheimers.

Donna was born January 13, 1932 at Peaksville, MO, a daughter of Charles "Chibe" and Vera Martin Richey.

She was the Valedictorian of the Revere High School Class of 1949. Following her graduation she worked at the former Chrisman Store in Revere.

Donna was united in marriage in Las Vegas, NV on May 24, 1952 to Richard L. Brewer, the true love of her life. He was in the U. S. Airforce at that time and they spent the next several months in Amarillo, TX during his basic training. The next three and a half years Dick was stationed in LasVegas where they made their home. They returned home to Clark County in February of 1956.

Survivors include her husband, Richard L. Brewer of Kahoka; one son, Brett (Janet) Brewer of Memphis; one daughter, Brenda (Mrs. Rob) Zinnert of Kahoka; four grandchildren: Kyle (Jana) Zinnert, Molly Zinnert, all of Kahoka, Jacob (Tiffany) Brewer of Hannibal and Jeana Holt of Quincy and her fiancé, Daniel Rottmann; eleven great grandchildren: Kacy, Grayson and Griffin Zinnert, Alexis and Dylan Bradley, Riley and Layna Bartels, Preston and Bryson Brewer, and Ava and Lily Holt; a sister, Anita Kay Barrows of Jefferson City; sisters-in-law and brothers-in-law: Opal and Carroll Nixon and Duane and Barbara Brewer, all of Kahoka; as well as nieces, nephews, and other relatives.

She was preceded in death by her parents; her in-laws, Lawrence and Hazel Brewer; brothers-in-law and sisters-in-law: Norman Barrows, Romaine and Norma Brewer, Alberta Brewer, and Bettie and Floyd Nichols.

Donna was a faithful member of the Kahoka Christian Church and taught the adult Sunday school class for many years. She was also a member of the Tuesday Club. She worked for a period of time for Paul Rowe at the Gazette Herald and for 10 years worked in the family insurance agency with her husband, Dick. She retired from Commerce Bank to be a full-time grandma.

Donna took to heart the scriptures of love she learned in church and taught at Sunday school and the love she had for her family and friends knew no boundaries. She loved life, especially time spent traveling, time spent at their home at the Lake of the Ozarks, time on the family farm, and playing cards and sharing good times with her many friends as well. She was a wonderful cook, a supporter of her children and grandchildren's many activities through the years, and with love devoted her life to them. She had a special place in her heart for her special friend and pet, "Buster".

Memorials are suggested to the Alzheimer's Assn, the Juvenile Diabetes Foundation, or the Clark Co. Nursing Home.

To send a flower arrangement to the family of Donna R. Brewer , please click here to visit our Sympathy Store.

To order memorial trees or send flowers to the family in memory of Donna Brewer, please visit our flower store.