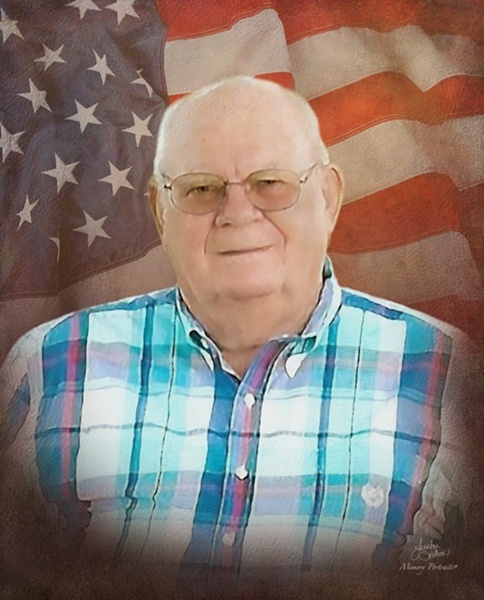 He was born on June 12, 1937 in Chambersburg, the son of the late Floyd and Grace (Droege) Howell. He graduated from Granger high school in 1955. He served in the United States Army and saw active duty in Germany during the Berlin Crisis.

Don was a farmer for many years, he also owned and operated several taverns in the area. He was a past commander at the VFW Post #4342 in Kahoka. Don liked going to horse sales and horse pulls and he enjoyed playing cards and visiting casinos. Don loved being with his family; especially the grandchildren, they were the highlight of his life. He always wanted to make sure that he had plenty of ice cream and cookies when they came to visit.

He is survived by a son; Jason (Michelle) Hopp of Lancaster, three daughters; Katrina “Kay” (Ronald) Long of Walnut Grove, Shana Lindsey of Kahoka and Misty (Tim) Ball of Kahoka, grandchildren; Jordan (Cameron) Green of St. Charles, Kenzie and Riley Green of Cedar Hill, Christy Long of Grove, Oklahoma, Aaron Long of Walnut Grove, Blain Lindsey, Shane and Shaylee Lindsey of Kahoka, Jewel Hopp of St. Francisville, Melody and Lauren Hopp of Licking, Jace Howell Soper of Kahoka, October and Novi Adams of Kahoka and Natalee and Jacob Ball of Kahoka, five great grandchildren and two great-great grandchildren, a brother; Wayne (Barb) Howell of Miller, a sister-in-law; Letha Howell of Chambersburg, a special friend; Kathleen Horton of Kahoka and by several nieces, nephews and friends. In addition to his parents, Don was preceded in death by a son; Brent Lipper, a daughter; Beverly Howell and by a brother; Allen Howell.

Memorial services honoring the life of Don were conducted at 11:00 am on Friday, December 11, 2020 at the Wilson & Triplett Funeral Home in Kahoka. Pastor Shawn McAfee officiated. Inurnment followed at Chambersburg Cemetery in Chambersburg. A visitation was held from 10 am until the time of services on Friday. Memorial contributions in memory of Don were suggested to the family. You are invited to share your memories of Don and leave a condolence at www.wilsontriplett.com

To order memorial trees or send flowers to the family in memory of Donald E. Howell, please visit our flower store.