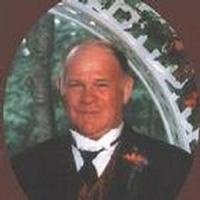 Donnie graduated from Williamstown High School in 1964, and attended college in Kirksville until entering the service in May of 1966 where he served in the Army in Korea.

On December 21, 1967, he was united in marriage to Jackie Spurgeon in Kahoka,MO.

He was preceded in death by his parents; father-in-law, Pedro Spurgeon, and brother-in-law, Jimmy Hop Sing Spurgeon.

For the past 35 years Donnie together with his brother, Bennie, owned and operated Scotts Feed Store in Fairmont. Scotts Feed Store was his livelihood and his passion. He loved his work and the people who patronized and visited there. He enjoyed his fellowship in the Fairmont Coonhunters Club and was a true outdoorsman who not only loved to fish and hunt (including mushrooms), but also loved caring for his 3 to 4 gardens and taking care of his cows.

Donnie loved the game of baseball and played many years with the Wayland fast pitch softball team and the co-ed Williamstown slow pitch team. He was a coach for the Williamstown Ball Association when his daughters were on the team and a reluctant ump. He had bowled several years on leagues in Kahoka and Canton. His greatest enjoyment was spending time with his children and grandchildren.

To order memorial trees or send flowers to the family in memory of Donald Scott, please visit our flower store.