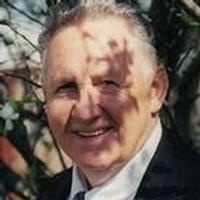 Donald was born April 30, 1933 in Livermore Falls, Maine, a son of John and Cora Taylor Kelly.

He was preceded in death by his parents; a son, Matthew Kelly; a sister, Judy Kelly; one brother, Gary Kelly; brother-in-law, Rodney Spiller; and a sister-in-law, Patricia Haage.

Don graduated high school in Livermore Falls, Maine, where he was an All-Star football player.
He attended college and entered the U.S. Army and was a veteran of the Korean Conflict, serving as a member of the elite President's Honor Guard. Following the service, he became a dance instructor at the famous Arthur Murray Dance Studio and taught students as well as teachers.

He was a former employee of Sheller Globe and farmed in Clark County. The past thirty years he and Marilyn owned a commercial janitorial service, cleaning many businesses in the tri-state, particularly Keokuk. When others were going to bed, they were beginning their work day. He worked as long as his health permitted.

Donald was a faithful member of St. Martha's Catholic Church in Wayland and former Parish Counsel member. He was a 4th Degree Knights of Columbus and had experienced a Cursillo retreat and encouraged and sponsored others to do so. He also participated in the Clark Co. Ministerial Alliance.

Don had a caring heart that reached out to others through the many organizations he supported. He was a current board member of the Clark Co. Nutrition Site/Senior Center, a former Clark Co. Ambulance Board member, and a member of the Clark Co. Food Pantry. He and Marilyn delivered many meals to home-bound residents of Clark County through their involvement in the senior center. He was also a Master Gardner and was instrumental in forming the local club.

Don was generous with his time and took even more of it to stop and make a new friend and share a joke. He never met a stranger. He loved his Lord, cared for His people, and was always proud to share stories about his family.

A Mass of Christian Burial was held Saturday, May 25, 2013 at 10 a.m. at St. Martha's Catholic Church in Wayland with Father Robert Lathrop officiating. Burial with military rites followed in the Frazee Cemetery.


Memorials were suggested to the Clark Co. Food Pantry.

To send a flower arrangement to the family of Donald L. Kelly , please click here to visit our Sympathy Store.

To order memorial trees or send flowers to the family in memory of Donald Kelly, please visit our flower store.