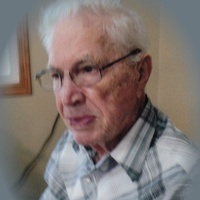 He attended grade school in Scotland Co., graduating from Granger High School in 1946. For the next two years he worked for Dryden Rubber Co., in Keokuk before entering the U.S. Army. He was discharged in 1950 15 days early due to hardship in the family and several months later, on October 29, 1950, he was united in marriage to Juanita E. White. In February of 1951, he was drafted into the Army and served until February 2, 1953 at the rank of Staff Sgt.

Don was of the Methodist faith. He was a 50 plus year member of St. Francisville Lodge #588, A.F.&A.M., a member of the Lion’s Club at Cantril, IA and a dear friend to many.

Following his discharge in 1953, Donald returned to Sheller Globe and worked there a total of 10 years. The next 25 years he was employed by Chevron Chemical Co. in Fort Madison, retiring as a shift supervisor when the plant closed in November of 1986. Following retirement he worked a period of time for Faeth’s Apple Orchard. Also following his retirement, he and Juanita bought, restored, and sold homes before "flipping" was even popular. The kids knew when spring came that their mom and dad would likely be moving and taking on a new project. As children, Don loved taking his kids on picnics and travels. They also enjoyed raising ponies. Family was very dear to both sides of the family and he and Juanita loved spending time with their own and their extended families.

To send a flower arrangement to the family of Donald W. Day , please click here to visit our Sympathy Store.

To order memorial trees or send flowers to the family in memory of Donald Day, please visit our flower store.