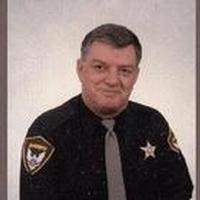 Donnie was born at home near Kahoka, MO on July 16, 1939, one of thirteen children and a twin born to Harold and Marguerite Parsons Barry.

He graduated from Kahoka High School in 1957 and entered the U.S. Army shortly following.

On September 21, 1957, he was united in marriage to Janice Presser at the First Baptist Church in Wayland, MO.

He was preceded in death by his parents; father-in-law and mother-in-law, Floyd and Eithel Presser; two brothers, his twin, Ronald J., and David Harold Barry; sister-in-law, Carol Barry; and, two brothers-in-law, Donald Lunt and Dewey Soper and nephew Mike Barry.

Donnie was a retired U. S. Army Veteran serving five tours of combat duty with the U. S. Army Special Services (Green Berets). The majority of his service his family resided at Fort Bragg, NC. He received numerous awards during his 20 years of duty, including the Combat Infantrymans Badge, Purple Heart, two Bronze Stars, the Meritorious Service Medal, and also General Omar Bradleys Award for Humanitarianism - the Pieta, of which only one is awarded per year to one deserving service man. Following his retirement from the service, Donnie returned with his family to Clark County. For several years he ran D & Js Bar in Wayland until he decided to campaign for Sheriff. He was elected and served as Sheriff of Clark County for twelve years. In later years he was an over the road truck driver for Vemillion Brothers in Keokuk as long as his health permitted.

Donnie was a founder and served as First Commander of Ayer-Boatman Post # 4342, V.F.W. Together with his family, he attended the Life Tabernacle Church at Canton, MO. He lived a life of service and protection of freedom to the people of Clark County and to the United States of America.

To order memorial trees or send flowers to the family in memory of Donald Barry, please visit our flower store.