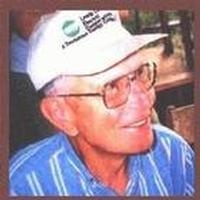 On August 19, 1951, he was united in marriage to Vivian Irene Pitford at Fairmont, MO.

He was preceded in death by his parents; a brother, Allen Ralph Kleine; and father-in-law, Marion Pitford.

Dillon grew up south of Kahoka off Hwy 81 near the Wyaconda River. There he helped his parents on the family farm, and he attended the old Clark School near Neeper Wildlife for his K-8 education. Dillon went on to become a Stock Truck Driver and later a farmer while driving a truck delivering rock, lime, and mail over the years. He enjoyed the peaceful country living and farming with his wife, while traveling the countryside delivering what he hauled in his trailer. Dillon retired from farming in 1992 and retired from trucking in 1995. He continued living out his life on his farm picking up his hobby of woodworking; where he built birdhouses and antique trucks and tractors. In his retirement years, he frequented the local cafes to visit with his friends and talked about the early years. Occasionally, he would hop in the John Deere tractor to help his son, John, who took over the family business.

Dillon met his wife up at the Kahoka Square, and during their courtship, they enjoyed attending county fairs and dates in his new 1950-grain truck. At one time, Dillon headed to Des Moines, IA on a trucking trip from Kahoka, MO by first going through Centralia, MO, where Vivian attended Sunnydale Academy, then headed to his Des Moines destination. While it might have been the "long route" to Des Moines, he could not pass up an opportunity to see his sweetheart.

After their marriage in 1951, Dillon established his successful farm in 1954, about eight miles south of Kahoka and just down the road from his childhood home. While farming and trucking, he and his wife enjoyed camping at Old Threshers Reunion in Mt. Pleasant, IA for over 32 years. They also frequented the National Rodeo in Cheyenne, Wyoming and fishing in the Pouder River in northern Colorado. Recently, their son John and his wife Dianne took them and Diannes parents to Branson to celebrate both couples 60th Wedding Anniversaries, where they enjoyed seeing a few of the musical performances.

Many in the Clark Co. area knew Dillon. He was a wonderful husband, father, grandfather, and great grandfather. He was a hard worker but yet a gentle soul. He lived his life to the fullest and never kept hard feeling toward anyone.

Dillon will be greatly missed by his family and friends.

Memorial Services were held Friday, August 5, 2011 at 7:00 p.m. at the Wilson Funeral Home in Kahoka with Charlie Pitford officiating.

Memorials were suggested to the Clark County Food Pantry or the Seventh Day Adventist Church.

To order memorial trees or send flowers to the family in memory of Dillon Kleine, please visit our flower store.