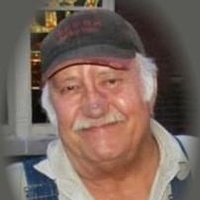 Dennis C. King, age 75, of Revere, MO, passed away Friday, December 7, 2018 at his daughter’s home near Revere where he had recently made his home.

He was married to Mary Herbert and they were the parents of Michael, Laura and Matthew. He later married Anna LeMaster and accepted her children, Scott Haskins, Carrie Haskins Kelly, and Lona Haskins Star, as his own.

He was preceded in death by his parents and brother-in-law, Irl Shamp.

Dennis graduated from Revere High School in 1961 and served in the Army and the Army Reserves National Guard.

Dennis was a farmer first and foremost. He was employed by Fruehauf for a number of years and later as a coast-to-coast truck driver, being acknowledged for driving a million miles without an accident.

Following a near fatal vehicle accident in 1989, Dennis wasn’t expected to live and defied all odds, living almost thirty more year a full life and sharing his amazing story of survival, his near-death experience and his faith.

His passion was his Allis-Chalmers tractors and he loved restoring them. He knew everything you could about tractors and automobiles and shared that knowledge with his family. He was a former Boy Scout and took seriously the commitment and responsibility that incurred.

Dennis loved to tell stories and have conversations with others. Even though he was on the road a lot as a truck driver, he managed to be home often to spend time playing with his grandchildren and have a cup of coffee with family and friends, always making sure to keep his coffee pot full and hot. He was giving, forgiving, and always willing to help someone in need.
His greatest love was his family.

Memorial services will be held Tuesday, December 11, 2018 at 2 p.m. at Wilson Funeral Home in Kahoka with words of comfort by Mr. Jeff Smith. Inurnment with military rites will follow in the Revere Cemetery.

Family will receive friends on Tuesday, December 11, 2018, from 1 p.m. until time of services.

To send a flower arrangement to the family of Dennis C. King , please click here to visit our Sympathy Store.

To order memorial trees or send flowers to the family in memory of Dennis King, please visit our flower store.