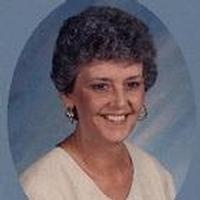 At the time of her death she was survived by her father, Charles, who died later the same evening; a son, Lync (Jane) Fellows of Keokuk, IA; a daughter, Michele (Mrs. Henry) Fick of Batesville, AR; four grandchildren: Jennifer, Daniel and Megan Fellows of Keokuk and Andy (Shelbi) Conger of Batesville, AR; a great grandson, Drayton; two brothers, James (Patti) Stewart of Elkhorn, NE and Bill (Marcia) Stewart of Kahoka, MO; a sister, Charlene (Mrs. Donald) Robbins of Sand Springs, OK; a half-brother, Robert (Laura) Breland of Pace, FL as well as nieces, nephews and other relatives.

She as preceded in death by her mother.

Dena attended Kahoka High School. She loved to ski and hike in the mountains. She was of the Christian faith and had a good heart and was always willing to help others. She was most proud of her children and grandchildren.

Joint memorial services for Dena and her father, Charles E. Stewart, will be held Saturday, February 11, 2012 at 2 p.m. at Wilson Funeral Home in Kahoka with Pastor Herb Doty officiating. Inurnment will be in the Kahoka Cemetery.

Family will greet friends Saturday from 1 p.m. until time of services at the funeral home.

To order memorial trees or send flowers to the family in memory of Dena Pfeiferling, please visit our flower store.