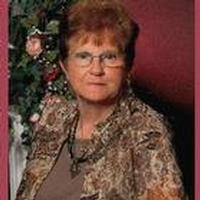 She was preceded in death by her husband; her parents; her in-laws, Leonard and Stella Shannon; one brother, Dean Sawyer; two sisters, Judy Monych and Vera McGirl; two step-brothers, Delbert Weller and Bobby Sawyer; brothers-in-law, Glenn Mohr and Dee Shannon; and a niece, Kari Wright.

Delores attended school in Clark County until her marriage to Noble who was serving in the U. S. Army. She was a member of the Kahoka United Methodist Church where she taught Sunday School for many years and was a former member of the Rebekah Lodge.

Delores worked in retail for many years at Fishes and Gambles, both in Kahoka. She later worked for the Coffee Shop and Deters Dairy in Canton. She loved to go shopping with her sisters, attending craft shows and activities with her Kahoka Red Hatters. Her greatest enjoyment came from spending time with her children, grandchildren and extended family.

Funeral services were held Wednesday, July 25, 2012 at 10:30 a.m. at the United Methodist Church in Kahoka with her son, Pastor Gregg Shannon, officiating. Burial was in the Kahoka Cemetery.

Memorials were suggested to the Kahoka United Methodist Church.

To order memorial trees or send flowers to the family in memory of Delores Shannon, please visit our flower store.