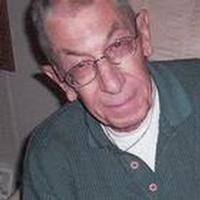 Delbert was born August 31, 1936 at Revere, MO, a son of Walter Raleigh and Lucille B. Hayden Parsons.

Delbert was a veteran of the U. S. Air Force. He had the privilege and honor to be selected to serve as a guard at the Tomb of the Unknown Soldier in Arlington National Cemetery.

He was well-known by Clark Countians, having served as a bus driver on daily routes as well as many extracurricular activities for twenty-one years. He also maintained the grounds for the district. In his spare time, Delbert enjoyed fishing, playing pool, and visiting with friends at the local coffee shops. He was a member of the Bible Baptist Church in Kahoka. He enjoyed helping his neighbors whenever he could and providing them with transportation to various appointments.

To send a flower arrangement to the family of Delbert L. Parsons , please click here to visit our Sympathy Store.

To order memorial trees or send flowers to the family in memory of Delbert Parsons, please visit our flower store.