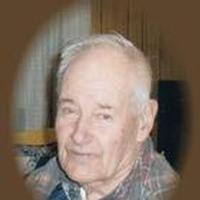 Delbert Boley, aged 87, of Luray, MO, passed into eternal Glory on February 12, 2015, at the Scotland County Hospital in Memphis, MO. He was born on March 22, 1927, near Kahoka, MO, to Lawrence Boley and Laura Grace Smith Boley. He is preceded in death by his parents.

Delbert obtained a Bachelor's Degree from Northeast Missouri State Teacher's College, and also served in the US Navy for a little over a year at the end of WWII. Delbert was a devoted schoolteacher and taught in Galt, MO, for several years: in Nuremburg, Germany for a year; and after that, for ten years he served as teacher and administrator at the Kingston Bible College and Academy in Nova Scotia. Upon his relocation to the States in 1965, he taught for one year in Revere, MO, and then for nearly twenty years at the Carthage Christian School in Carthage, IL, from which both his children graduated. He was greatly loved by his students, and even in his later years, he received many calls and visits from former students.

Delbert's other occupation was farming. He had his own farm, and after the death of his parents he continued with the family homestead, as well. Mostly, he grew hay, which he sold, and also used for his own livestock. He loved his cows, and had names for many of them!

But by far, the greatest passion of Delbert's life was his faith, and his desire that everyone he came in contact with should know the saving news of the Gospel of Jesus Christ. He invested heavily in missions, both foreign and domestic, and was always ready to welcome traveling missionaries into their home. He loved to sing and play the piano. He attended church regularly for all his life, and encouraged everyone he knew to know and serve God. He often visited local nursing homes to pray with and encourage those who were ill, a practice which continued even while he was a resident himself there.

The visitation with family and friends will be at the Wilson Funeral Home in Kahoka, MO, on Sunday afternoon from 4:30-6:30 pm. After the visitation, there will be a fellowship supper at 7 pm, with hymn-singing to follow, at Cedar Grove Church.

The funeral service was held at Wilson Funeral Home on Monday morning, February 16, at 10 am, with Mark Boley officiating. Burial was at the Combs Cemetery in Luray, with Richard Jones officiating.

In lieu of flowers, donations may be made to a memorial for missions that were dear to his heart. Checks should be made out to RuthAnn Boley, and left at the funeral home or mailed to RuthAnn at RR1, Box 235B, Arbela, MO, 63432-9403.

To send a flower arrangement to the family of Delbert Boley , please click here to visit our Sympathy Store.

To order memorial trees or send flowers to the family in memory of Delbert Boley, please visit our flower store.