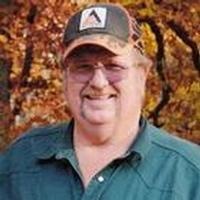 Dave was born October 22, 1949 at LaHarpe, IL, a son of Wayne and Nelda Mae Lipper Overhulser.

He was preceded in death by his parents and grandparents.

Dave was a 1968 graduate of Clark Co. R-1 High School. He later graduated from Technical School in Palmyra. He was an employee of Steel Castings in Keokuk for 41 years at his retirement and had worked for Trump Trucks most recently.

He had a great time camping with family and friends as members of the Pea Ridge Campers. He loved the time spent with them building Pea Ridge Camp Ground, making sure it accommodated large campers and provided activities for children. He loved the outdoors, being out on the farm and caring for his cows. It made him very happy to have company stop by and visit and running into co-workers and friends. He enjoyed attending and camping at the Clark Co. Fair and the Clark Co. Mule Fest.

More than anything he loved being with his children and grandchildren. Special time was spent putting up hay with Luke and Brayden, hunting and playing horseshoes with the boys, and rebuilding his old truck with his grandson, Gus.

Memorials in lieu of flowers may be made to the family to be designated at a later date.

To send a flower arrangement to the family of David W. Overhulser , please click here to visit our Sympathy Store.

To order memorial trees or send flowers to the family in memory of David Overhulser, please visit our flower store.