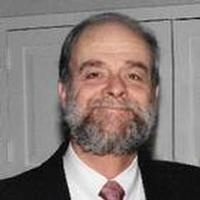 David Lyons passed on from this mortal existence on September 10, 2014.

David grew up in Chicago and Round Lake, Illinois. After graduation, he joined the Marines, serving from 1955-1959 in the U.S., Japan, and the Phillipines.

He married Mary Louise Noble in 1958 at Highland Park, IL, where they lived for a short time. They moved to Prairie View, IL until 1973 when they moved for a final time to Winchester, Wisconsin.

David worked for several Ford Dealerships in Illinois and Wisconsin before becoming a truck driver for the final 20 years of his career. He drove millions of miles without any accidents, and received numerous awards for safety.

He enjoyed hunting and fishing, especially with his sons. He also loved dogs, and always had one by his side. He was quick to laugh heartily, had a wry sense of humor, and was loved by many. He especially charmed those who helped him his final days in St. Anthony, Idaho. He was a devoted and loving father and husband who has now joined his beloved wife.

David was preceded in death by his wife Mary and his parents, Enos A. and Anna Maxwell Miller Lyons. He is survived by his two sons, Kenneth (Kathy) Lyons of Appleton, WI and Timm (Jody) Lyons of Rexburg, ID; his five grandchildren: Janessa Lyons of Provo, UT, and Josh Lyons, Hannah Lyons, Caleb Lyons, and Holly Ann Lyons, all of Rexburg, ID.

Graveside services will be held Saturday, September 20, 2014, at 9:30 a.m. at Deer Ridge Cemetery near LaBelle, MO following a viewing at 9 a.m. Saturday at Wilson Funeral Home in Kahoka, MO.

To send a flower arrangement to the family of David E. Lyons , please click here to visit our Sympathy Store.

To order memorial trees or send flowers to the family in memory of David Lyons, please visit our flower store.