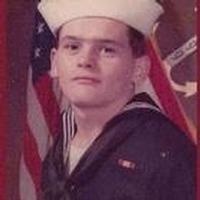 DAVID A. LOWERY David A. Lowery, age 56, of Kahoka, MO, died Saturday, August 4, 2012 at Keokuk Area Hospital in Keokuk, IA. David was born January 30, 1956 in Elizabeth, NJ, a son of Miles and Marilyn Griswold Lowery. He married Debra M. Mack on June 6, 1975, at Revere, MO. She preceded him in death on August 25, 2011. Survivors include two sons, David (Kendi) Lowery and Jordan Lowery; and two daughters, Amy Lowery and fiancé�© Anthony Black, and Stephanie (Mrs. Raymond) Cooper, all of Kahoka, MO; five grandchildren: Lance Doyle, Thabian Doyle, Kelly Brown, Angel Cooper and Xavier Cooper; mother-in-law, Lillian Mack of Kahoka, MO; two sisters, Joyce (Mrs. David) Parsons of Wayland, MO and Judy (Mrs. Leslie) Mathes of LaGrange, MO; brothers-in-law and sisters-in-law: Larry and Gerolyn Mack of Kahoka, MO, Marion and Thomas Lane of Tampa, FL, Patty Daley of Kahoka, MO, and Martha and Jeff Irvin, of Kahoka, MO; as well as nieces, nephews, and other relatives. He was preceded in death by his parents; his wife; two brothers, Miles, Jr. and Kenneth Lowery; and a sister, Janet Lowery. David was a U. S. Navy Veteran. He had been employed as an over the road truck driver for Leeser and until his retirement due to declining health, was an employee of the U. S. Government as a caretaker at Keokuk National Cemetery. David loved his Lord and Savior and made it a point to ask everyone if they knew God. He loved to hunt, fish, go camping, and be with his dogs. He also enjoyed watching western movies, particularly John Wayne. Second only to his Lord, was his love of his family. Memorial services were held Sunday, August 12, 2012 at 2 p.m. at Freedom in Christ Fellowship in Kahoka, MO with Pastor Ray Gilbert officiating. Inurnment for David and his wife, Debra, was held the following day on Monday, August 13, 2012, at 10 a.m. at the Keokuk National Cemetery. There was no visitation. Memorials are suggested for his son, Jordan Lowery. Arrangements were handled by Wilson Funeral Home.

To order memorial trees or send flowers to the family in memory of David Lowery, please visit our flower store.