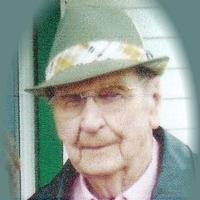 Daryll H. Calvert, age 87, of Kahoka, MO, passed away Saturday, December 10, 2016 at the Clark Co. Nursing Home in Kahoka surrounded by his family.

Daryll was born at home in Revere on February 6, 1929, a son of Charles Henry and Agnes Marie Gardner Calvert.

Survivors include his foster children and their families: Jack (Judy) Wright of Keokuk, IA, Gary Wright of San Angelo, TX and Brenda (Terry) Aldridge of Kirkwood, IL; a sister, Carol (Vernon) Edlen of Kahoka, MO; sister-in-law, Jody Calvert of Napa Valley, CA; as well as nieces, nephews, and other relatives and friends.

He was preceded in death by his wife, Betty; his parents; and two brothers, Gene and Tom Calvert.

Daryll graduated from Revere High School with the Class of 1948. He kept close ties with his Revere friends through the years and thoroughly enjoyed Revere Alumni Banquets.

He was a retired employee of Ayers Oil Company and following his retirement drove the CCR-1 Cross Country teams to meets and then drove a school bus full time for 12 years. He also was in charge of maintenance until this past year at the Kahoka Senior Housing where he resided.

Daryll was a vital part of the community and county. He was raised in the Peaksville Christian Church and was a member of the Kahoka Christian Church for over 60 years. He was an active member of St. Francisville Lodge # 588, A.F. & A.M. and past master and of Kahoka Chapter # 40, O. E. S.; a member of the Kahoka Senior Housing Board; past Noble Grand of the I. O. O. F.; past Chamber of Commerce member and was active in both the Boy Scouts and the PTA when his kids were in school.

He and Betty enjoyed camping with their NEMO Camping Club, doing craft work following his retirement, and supporting and attending many benefits, church meals, and activities in the area.

Friends called at Wilson Funeral Home in Kahoka after 9 a.m. Tuesday with family receiving friends from 6-8 p.m. followed by a public Masonic Service.

Memorials are suggested to the Peaksville Cemetery or the Kahoka Christian Church.

Friends may call after 9 a.m. Tuesday at Wilson Funeral Home with family receiving friends from 6-8 p.m. followed by a public MASONIC SERVICE at 8 p.m.

Friends may call after 9 a.m. Tuesday at Wilson Funeral Home with family receiving friends from 6-8 p.m. followed by a public MASONIC SERVICE at 8 p.m.

To order memorial trees or send flowers to the family in memory of Daryll Calvert, please visit our flower store.