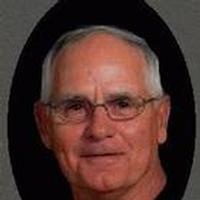 Darrell was born December 8, 1939 at Houghton, IA, a son of Orville and Lucille Schwartz Conrad. On November 30, 1963, he was united in marriage to Anne Meierotto at St. Paul, IA.

He was preceded in death by his parents; a son, Peter Conrad; his father and mother-in-law, Bernard and Lizzetta Meierotto; nephew, Scott Conrad; niece, Sue Conrad; and brothers-in-law, Stanley Wellman and Leo Meierotto.

Darrell retired from Ideal Ready Mix in 2008. He also farmed and was still on the farm raising livestock at his death. He was a graduate of St. Marys High School in West Point, IA and was a member of St. Michaels Catholic Church in Kahoka, the Knights of Columbus and Clark Co. Moose Lodge.

Darrell loved watching western movies, old TV shows and sports. He was an avid golfer and he and Anne made many wonderful friendships through this activity. They also enjoyed going to the casino with friends.

More than anything, Darrell loved his family. He loved to take them fishing, had the patience to teach grandchildren to drive and loved taking Nick golfing. Any day spent with his children and grandchildren was a great day.

A Mass of Christian Burial was held Monday, June 18, 2012 at 10:000 a.m. at St. Michaels Catholic Church in Kahoka, MO with Father Paul M. Hartley, officiant. Burial was in Kahoka Cemetery.

To order memorial trees or send flowers to the family in memory of Darrell Conrad, please visit our flower store.